A cultural economist who specializes in the arts, antiques, and collectibles markets, Clare McAndrew publishes a yearly report on the state of the global art market in conjunction with Art Basel and the wealth management firm UBS. On March 23, she joined Artful’s co-founder and chief curator Matthew Israel to discuss the newest edition of the report for the latest in Artful’s series of “Artful Anywhere” virtual events. Below is a summary of some key findings from the report, which shows how dealers, collectors, and auction houses have responded to the extraordinary climate of the past year, along with additional insights from McAndrew on the year to come. (The quotes below have been condensed and edited from McAndrew’s conversation with Artful). 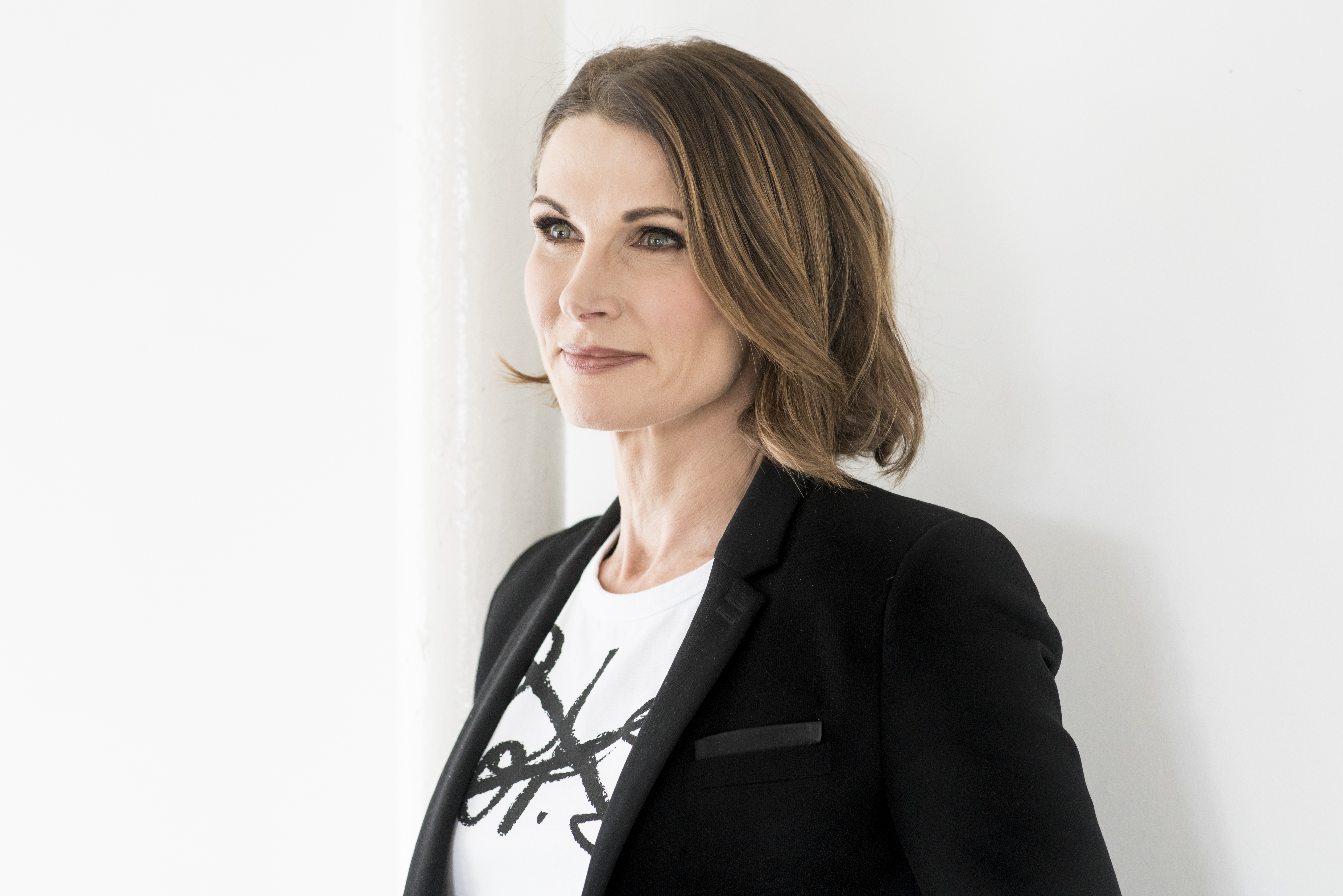 As bad as the past year was for the art market, it could have been much worse.

“The big finding that everyone is focusing on in these reports is what happened to sales. And sales were down about 22 percent last year, so the market fell to just over $50 billion. Some retail sectors did better than that and some did worse. It’s the most serious contraction of the art market since the global financial crisis in 2009, but sales performed better than they could have  in many ways. Businesses realized in the second half of the year that they were in this for the medium term at least, not the short term, and they really found ways to turn the year around and maintain sales and trading and exhibitions, primarily online.”

This was not like the last financial crisis, because the very rich got even richer.

“The global financial crisis brought about a very supply-driven crisis in the art market. People didn’t think it was a good time to sell. It certainly wasn’t a good time to be perceived to be spending a lot of money either. In 2020 it was more of a lack of opportunity rather than a lack of demand or willingness to buy and sell.”

“One big difference, and it’s really stark in the wealth figures, is that it’s a completely different crisis in terms of what happened to high-net-worth wealth. In the last global financial crisis, high-net-worth wealth and billionaire wealth especially fell considerably. The number of billionaires was down and their wealth fell about 45 percent in 2009, whereas according to data from Forbes from March to December of 2020, billionaire wealth was up about a third. Some people were actually getting wealthier last year at the top end, and once they had the opportunities to buy they were willing to do so. They had the time, the drive and the wealth. It was quite an unevenly spread crisis in terms of the economic burden.”

“Another interesting finding was the difference between the different segments of the market and how people were able to make sales last year versus previous years. For dealers, gallery sales were about the same but the big component that shifted was sales made through fairs. Fairs went from accounting for over 40 percent of the value of dealer sales in 2019  to about 13 percent in 2020. Online sales went from 12 percent to 39 percent.  Many businesses improved the way content was presented online and it was a pivotal year for ramping up digital strategies. Dealers were talking about doing all these things anyway, but this was the external push they needed to make it happen.”

“Nearly half of the high net worth collectors we surveyed bought at an online auction in 2020. And almost half bought from a gallery online viewing room or an art fair online viewing room. So collectors were using these platforms, and the level of activity reported in these high-net worth surveys was amazingly consistent year-on-year. Certainly the prices people were willing to pay in 2020 were as high as they would pay offline.”

Auction houses experimented with the timing and format of sales, to their advantage.

“The biggest shift in the auction sector was the online shift as well. This has been in progress for years—the auction sector was a little bit ahead of the gallery sector in terms of their digital rollout. What was really interesting last year was the increase in online-only sales in the top-tier houses. Online-only sales only accounted for one or two percent of the value of sales in the top three Western auction houses of Christie’s, Sotheby’s, and Phillips in 2019. Last year this moved to about twelve percent. So it was a big shift in both the number of sales and the value of sales that were done through these online-only auctions, as well as other new hybrid formats. Some of these sales were really effective, and I think the ones that worked well will be maintained going forward.”

“The whole calendar in the auction market also changed radically. I think a lot of those changes will stick around as well. You can see the way they’re setting up sales even in the current period—Christie’s just had a one-lot sale in Hong Kong but it was being recorded in London. The regulatory arbitrage that’s possible through these live-streamed sales being conducted anywhere in the world is amazing. It’s a pivotal year for the auction market.”

Many businesses were working with collectors they already knew.

“In terms of interactions, a lot of collectors and galleries reported that they were largely dealing with people that they knew already. The majority of sales made by galleries were to established clients last year. They really leaned heavily on people they already had established relationships with, whether they were introducing them to buying online for the first time or they had bought online from them before. Online sales were often mainly about established clients.”

“If you look at the biggest galleries with sales over $10 million, they only made eighteen percent of their online sales to brand-new clients. It’s the same thing from the collector side. Most collectors were sticking to the galleries they knew before. Only 20 percent of those surveyed were actively only looking for new galleries during the year. And the majority were also sticking to artists they knew. About 40 percent of high-net-worth collectors were only buying artists they had bought before or were very familiar with. Only 5 percent were only looking for brand-new artists to buy.”

“The problem with this is that if it continues, people only buying what they know from who they know, it could reinforce some of the hierarchical, top-heavy structure we’ve seen in the market already. And there is a tendency to do that in crisis periods—people hunker down and stick to something familiar and reliable. There are two things in online selling that determine how well you do. It’s the quality of what you have and your signalling, or how you can stand out and show the quality. The more crowded it becomes, unfortunately the less important quality becomes and the more important signalling is. Because of this, as the market becomes more crowded online, the bigger galleries and brand-name artists are that much further ahead because people search for them in the first place.”

Don’t expect fairs to return at the same pace.

“Everyone is yearning to get back to events and social contact, but the system was under a lot of pressure as it was. There were a lot of worries about sustainability of the art market and the environmental impact it was having through its many events. I think that will change. I think that for this year people will be focused more regionally and locally, and then, after that I think the international events that will happen will be very special but the calendar may be thinner, I imagine. From both the demand and the supply side, people are finding better ways to participate together. The art fair side has found different ways to approach events, doing hybrid versions both online and offline, and independent online events. It wasn’t something that was planned, but it has created some positive developments as well.”

NFTs will help digital art collecting take off, but they won’t get rid of the middleman.

“One of the most exciting and innovative areas is the shift to the possibility of collecting more art on screens. NFTs give a sense of ownership, and make people collecting digitally created art feel like they own something original and unique. I know a lot of collectors of video art and digital art who have struggled with that—as well as technologies getting out of date, and their ownership and the rights to the works they collect. So I think these developments will help people get their heads around collecting more digital art. Certainly a lot more has been created. And for people living in smaller spaces, the idea of collecting art and being able to rotate images on a screen is an amazingly interesting and exciting concept.”

“The platforms selling some of the NFTs are just intermediating in the same way they do offline. Some of them have higher aims and goals, but the sales side is paralleling what’s happening offline. People are not buying directly from artists—they’re still using intermediaries. And I can still see a hierarchical setup on some of these platforms, in terms of how certain works are promoted and shown. The media hype around some of them, saying that they’re getting rid of the middleman or democratizing the market, is probably an overstatement.”

Millennials are the most active collectors, and their tastes may soon transform the market.

“Not just in this report but for the last few years, the high-net-worth collector surveys we have been conducting in collaboration with UBS have shown us that millennials are the most active segment of collectors. They are the most active across all channels, and definitely the most active online, as well as at higher price levels. We asked collectors if they had spent more than a million dollars on art last year, and millennials were the highest share of respondents. That’s not just last year; it’s the last few years.”

“There’s a kind of cliche that millennials just want to buy online, but they are active across most channels and more so than their older counterparts. There’s a lot being written about the ‘great wealth transfer’ from boomers to millennials, and it will be interesting to see how much of that goes into collecting. Boomers still have some fantastic, massive collections of art, and splitting up estates can be difficult, so the content from some of these collections in some form is likely to come onto the market in future. What happens then, who buys them and how do tastes change, does digital contemporary art become more popular? We could see the same kinds of shifts in popularity that we saw from Impressionist to Postwar and Contemporary in the 1990s. It’s going to be interesting to watch.”