At the Beyeler Foundation in Basel. Photo by Xavier von Erlach 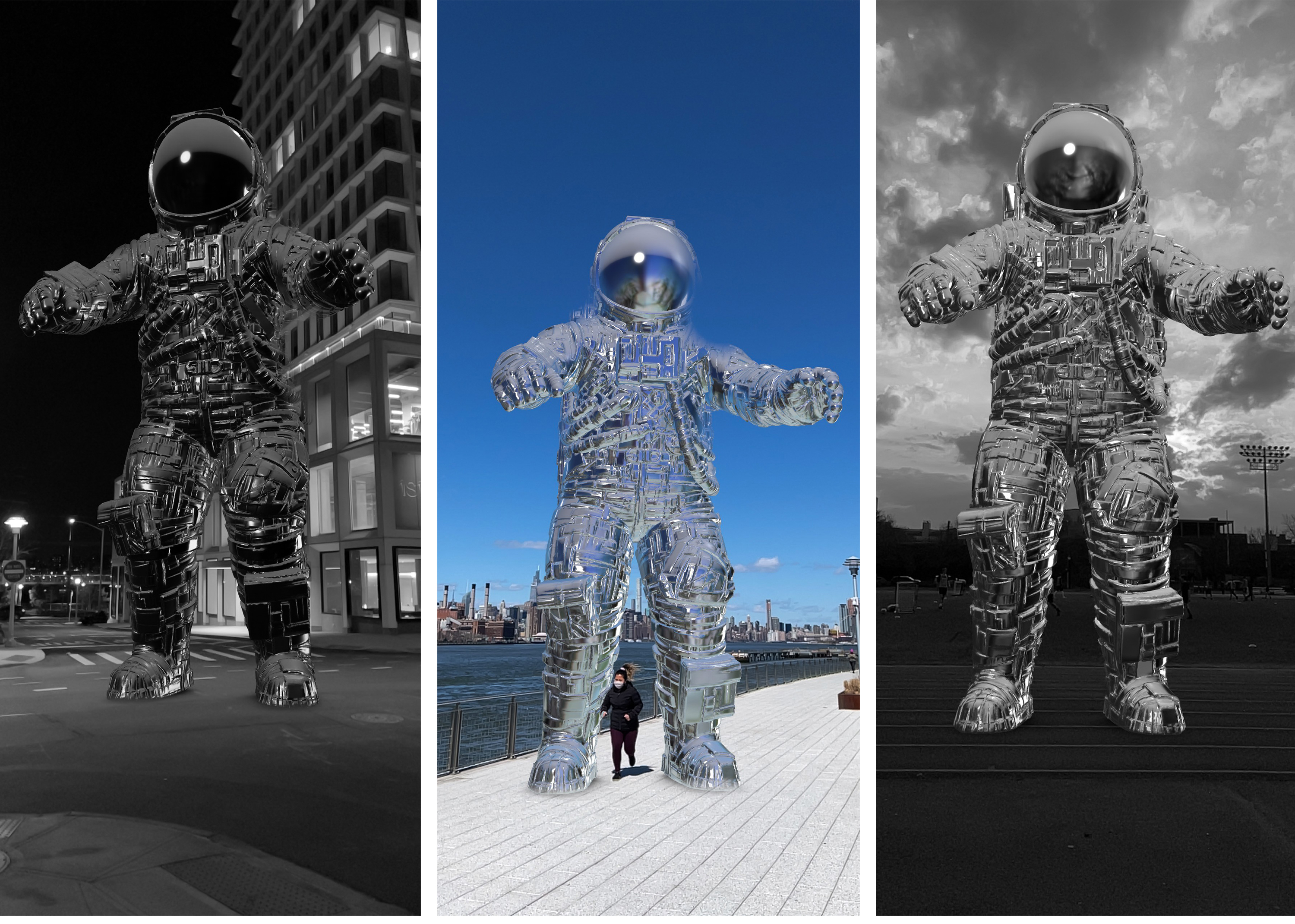 One of the major topics of discussion these days inside and outside the art world is the NFT. The acronym stands for “non-fungible token” and refers, in brief, to a means of using blockchain technology to authenticate pieces of digital culture and render them unique collectibles with established provenances. NFTs are, importantly, not just works of art but can be anything digital (e.g. JPEGs, GIFs, PDFs, or a video clip) and they have been in the news mostly because the first one ever auctioned at Christie’s sold online for $69 million. (A recent NFT artwork example is shown above by Michael Kagan. NFTs are also selling very well as sports memorabilia.)

I am fascinated by NFTs as I think they point to a lot of societal changes, particularly the increasingly proprietary nature of digital creations. I look forward to the quality of NFT artworks improving—e.g. becoming more formally and conceptually complex—which I hope will happen due to the price point achieved by Beeple and the resulting increased focus on the medium. Yet I am concerned about the high environmental cost of NFTs, as recently discussed in Wired. I also have seen limited commentary on the fact that NFTs are becoming popular during a time when most of us cannot experience real-world works of art—one wonders if they will be as popular once the art world becomes IRL again? Recent writing has also pointed to the fact that such timing has historically evinced an unsustainable bubble.

The acronym OVR, like NFT, is another current art world digital buzzword. OVR stands for online viewing room, and while the concept of a digital “gallery” is nothing new, OVRs have been widely adopted during the COVID period. While they once were just static webpages, over the past year they have grown in complexity, offering commissioned videos and films and opportunities for nuanced digital storytelling around works of art. I have personally been very interested in them over the past year, to the extent that I was recently asked by Art Basel and UBS to write an essay on the rise of the OVR  as part of their recent 2021 Art Market Report. OVRs are crucial to the future of art, since even after our return to the physical space they will be the major way in which available contemporary art is experienced, bought, and sold online, and understanding their structure and what can be done with their form (in terms of their format, look and feel, and the information they contain) is integral to the future of contemporary art.

On March 23rd, a 2016 self-portrait by Ghana-born, Vienna-based artist Amoako Boafo, known for his large-scale finger-painted portraits of black men and women, sold at a Christie’s livestream sale for £550,000 ($762,000), or nearly seven times the high estimate. This sale was just the latest record for Boafo, whose prices have skyrocketed over the past two years. Boafo’s rise is, unfortunately, another cautionary tale for young artists and primary-market dealers. While speculators have made out with significant gains on the work, situations such as this one threaten to destroy a young artist’s long-term viability for a few different reasons, including critics losing interest because the art seems too “commercial” and a quick crash of the artist’s prices caused by speculators. This is an especially urgent issue for young black artists, who are being embraced in record numbers (rightly correcting historical neglect) but whose careers can be ruined by such collector behavior. Galleries can mitigate this by requiring collectors to give them the right of first refusal or that collectors give the work to a museum, and one hopes this is is the direction the market for Boafo’s work will take.

The Parameters of the Art Experience

One question I have been fascinated by for quite a while is, how long should people look at art? I even wrote a piece on the subject that was under consideration, but ultimately not published, by The New Yorker. Some people believe that there should be a bare minimum of time needed to “see” a static work, say two minutes—the issue is different for time-based work (e.g. video) which requires a longer attention span—and while I agree with that in concept, I think the best way to approach the question is to understand the art experience as containing a variety of ways of looking.

For one, I think there is an art fair kind of looking, where you might breeze by a lot of works and then see what percolates into your mind and stays with you at the end of the day. There’s also looking through photos—you might walk through a museum and take a lot of pictures and then see what you liked at the end of the day, and then return to see those works. (This is a very valid, 21st-century way to see, which we should all feel comfortable with!)

Finally, and I think everyone should try this, there is long-looking—spending a significant period of time in front of (or amidst) one artwork. While we rarely, if ever, make time to do this, there are amazing things to be learned. Notably, the Harvard art historian Jennifer Roberts always includes a long-looking exercise as part of a first-year class she teaches. Personally, I have done this with a number of artworks I have decided to write about. One of my recent favorites: Kara Walker’s 43-foot tall sculptural installation, Fons Americanus, at Tate Modern.

We recently initiated the Artful Questionnaire, which poses five questions to an individual known for their traveling in pursuit of art. Thus far we have featured the curator Larry Ossei-Mensah, the art dealer and advisor Alexandre Errera, and the philanthropist and film producer Sarah Arison. One of the questions we try to pose to all of our subjects is “What is your  all-time favorite contemporary art trip?” Asking this question always gets me thinking about what my answer would be. Among my favorites? Marfa, Documenta, the Venice Biennale during press previews, and great cities during their major fairs, such as Hong Kong during Art Basel, Mexico City during ZONAMACO, and Paris during FIAC. (Some of these places we have incorporated into Artful’s upcoming trips.) I’m very much looking forward to this list expanding as the world is starting to open back up.