What it Means to Make Land Art Now

When the artist Cauleen Smith first started to explore Land Art it was via Robert Smithson and Michael Heizer and their contemporaries of the 1960s and ‘70s, whose large-scale interventions in remote areas—such as Smithson's Spiral Jetty, or Heizer's Double Negative—have long defined the movement. Smith (whose art centers on Black history with forays into science fiction, spirituality, and experimental film) was teaching at the University of California San Diego, where Smithson’s influence was particularly strong following American and European retrospectives in the early- and mid-2000’s. But as she made her studio visits, she felt that something was missing. As she recalls, “The apolitical stance of the art that was discussed was really strange, because we’re talking about land—one of the most contested things between humans!”

Around the same time, Smith happened to hear a StoryCorps program about an Arkansas schoolhouse that had been torn off its foundation and buried, in the mid-1950s, by officials opposed to the town’s desegregation. “It was such a violent gesture of erasure,” she says. “And then I went to work the next day, and the students were talking about Robert Smithson and his Partially Buried Woodshed. I couldn’t get it out of my mind.” The disconnect she sensed became the impetus for a film, Remote Viewing (2008), that re-enacts the traumatic destruction of the schoolhouse.

Smith’s epiphany is part of a larger shift in how artists, curators, and scholars are thinking about Land Art, one that opens up the canon and brings more awareness to the environmental and political implications of artwork that intervenes in the earth in one way or another. This recontextualization is the focus of this fall’s “Land Art: Past, Present, Futures,” a conference hosted by the Nevada Art Museum’s Center for Art and Environment, where Smith is among the many artists who will be making digital presentations over the course of three months.

Some of these issues are also explored in current exhibitions at the museum, including the multi-generational survey “Land Art: Expanding the Atlas” and solo shows of Judy Chicago and Andrea Zittel that emphasize the contributions of women to a movement too long associated, as the museum’s chief curator and associate director Ann M. Wolfe puts it, with “boys with their toys in the desert moving around earth.”

Meanwhile, a new book, Gianfranco Gorgoni: Land Art Photographs, celebrates the photographer (1941-2019) who documented many of the famous Land Art works of the 1960s and ‘70s—sometimes from a small plane or while suspended from a crane—and includes essays by Wolfe, the Center for Art + Environment’s director William L. Fox, and the late critic Germano Celant. 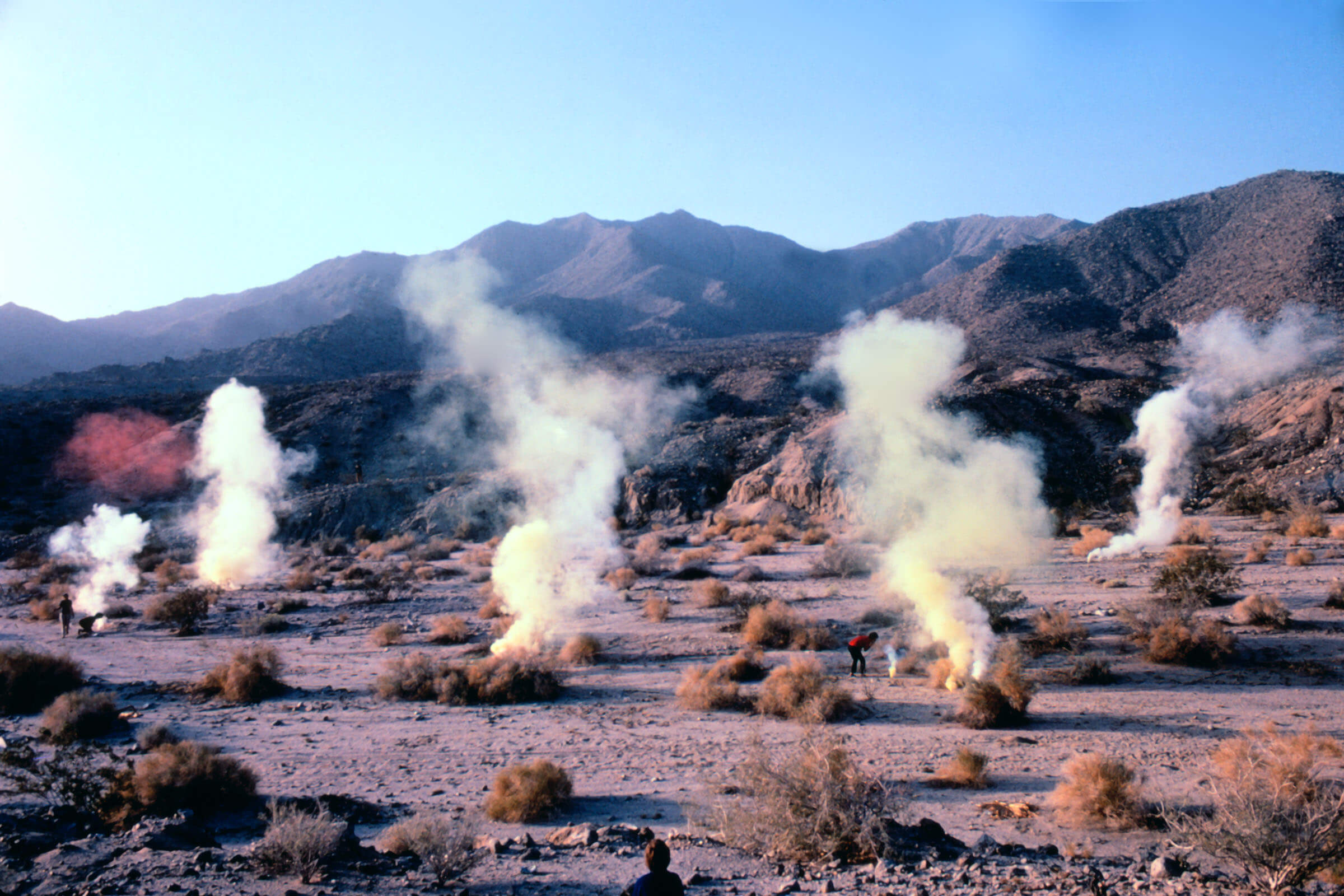 One issue central to anyone making or studying Land Art now is its evolving relationship to environmentalism, the focus of a November 12 presentation at the conference by Emily Eliza Scott and Suzaan Boettger. “There’s a community of artists who are building a relationship with the earth, having a conversation about how we live with the earth rather than asking how we can exploit it or use it as a tool,” says Wolfe. “The artistic gesture, the impulse, has definitely shifted toward a thoughtful engagement with place and land and the full environment.”

In many instances, that means making a thorough environmental assessment before touching the soil. As Wolfe says, “These artists in the late ‘60s were not making environmental impact reports. If you do a big project with an institution in the desert now, you are working through a much more structured format to make sure that those environmental impacts are mitigated.” This was the case when the museum and the Art Production Fund installed Ugo Rondinone’s public art installation Seven Magic Mountains in the desert near Las Vegas in 2016. 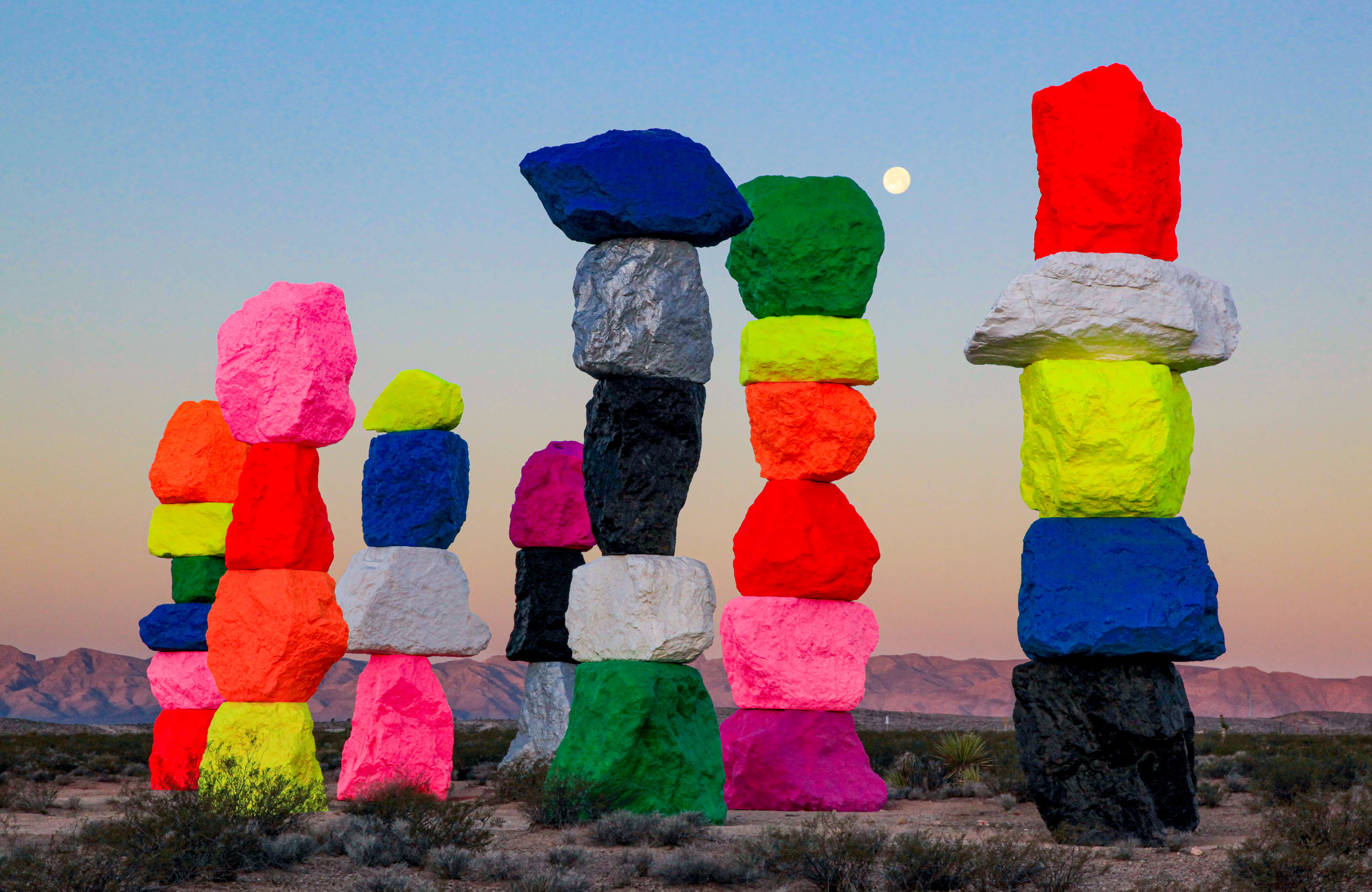 Another important shift in the study and execution of Land Art is the acknowledgement of Indigenous peoples. The artworks of the ‘60s, Wolfe says, “represented an art-world movement to break out of the gallery space, to market the earth as a space that was thought to be not commercial.” In doing so, she says, these works essentially presented the desert as “a place that was empty,” without regard for the land’s inhabitants. She contrasts this blank-canvas approach to land with that of contemporary artists such as Cannupa Hanska Luger and Oscar Tuazon, who are engaging their own Indigenous communities (in the case of Luger, who was raised on the Standing Rock reservation in North Dakota and has orchestrated performances there) or coordinating with community leaders (as Tuazon is doing in his Water School for sustainable water management strategies).

In their October 29 conference panel “Performing Land: Towards an Indigenous Future,” Luger and Raven Chacon, who is from the Navajo Nation, will share the ideas and perspectives behind their often ephemeral and performance-based works. Chacon, as a member of the collective Postcommodity, organized the 2015 installation of tethered balloons known as Repellent Fence along the border between the United States and Mexico. The project’s goal, as described by Postcommodity, was to recognize “all indigenous peoples that are intermeshed in the theater of the contemporary immigration crisis.” In his Mirror Shield Project of 2016, Luger sent out a tutorial on social media inviting people to make and send mirrored shields that could be used by the Water Protectors at Standing Rock in acts of peaceful resistance against the construction of the Dakota Access Pipeline; thousands of shields arrived and were used in a site-specific performance.

“Especially through the Western art-historical lens there is an emphasis on preservation and monuments and commodities,” says Luger. “I’m more interested in relationships. How do we actually develop a celebration and appreciation of the land? How can we look at the land with reverence rather than as a resource?”

The conference will also look at efforts to integrate new ideas around Land Art with some artworks from the past. Wolfe notes that the Holt/Smithson Foundation has invited research scholars to “go deeper into the study of place—what really informs the land around works like Spiral Jetty.” The foundation’s executive director, Lisa Le Feuvre, will be hosting a panel on September 30 along with Kelly Kivland, the chief curator and director of exhibitions at the Wexner Center for the Arts; outreach to the communities around major Land Art works will be among the topics of discussion.

As Wolfe points out, coming to a new understanding of Land Art means taking a hard look at works the art world has long admired and codified. “If you think of the early Earthworks, there’s this whole system around them—the gallery system, the copyright protection. That’s how canons are built,” she says. “Now artists are poking at these works and critiquing them, asking the questions that should be asked and offering new ideas for the future.” 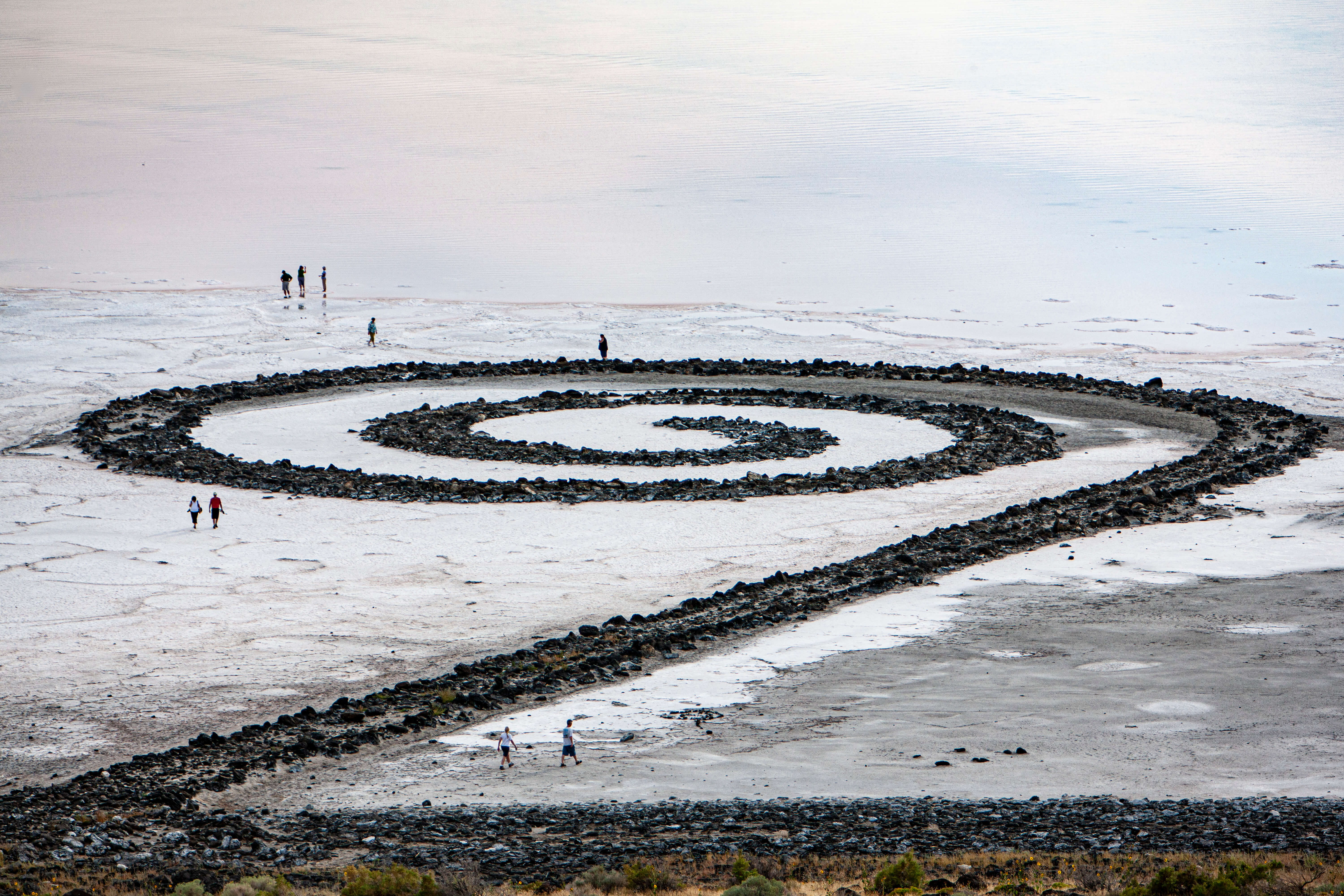