Cipriani South Street at the Battery Maritime Building, the venue for the 2021 Independent Art Fair. Courtesy of Etienne Frossard and Independent New York.

This week brings the return of some major New York art fairs, albeit with new venues and timing. From The Armory Show (now at the Javits Center, with a calendar shift from March to September) to smaller events such as Spring/Break and Future Fair, everything is sure to look and feel a little different.

Independent, like the Armory, has relocated (from the sleek Spring Studios in Tribeca to the ornate Battery Maritime Building at the Southern tip of Manhattan) and pared down its exhibitor list (from about 60 galleries to 43). But if previews are any indication, it has not lost its downtown spirit or the tightly curated sensibility that has distinguished it from other fairs. As Independent’s founding curatorial advisor Matthew Higgs puts it in a statement on the organization’s website, “The idea was to really create something of a hybrid— something that wasn’t exactly a fair, although there was a commercial aspect, and wasn’t exactly an exhibition, though it perhaps resembled one.”

In this incarnation, visitors (who must come masked and show proof of vaccination) will be able to see focused displays of work by sought-after emerging artists such as Sally J. Han at Fortnight Institute and Chase Hall at Monique Meloche—or catch up with artists they may already know who have been striking out in new directions, such as Keltie Ferris (at Morán Morán) and Justine Kurland (at Higher Pictures Generation). As in previous versions of Independent, self-taught artists will have a strong presence (as with William Scott, at Creative Growth, and Albert Leo Peil, at Delmes & Zander.)

This edition of the fair also promises some intriguing intergenerational conversations, such as Cory Arcangel’s selection of pioneering digital media works by JODI (at Lisson Gallery) and the pairing of the Pop-influenced veteran painter John Wesley with an up-and-coming Angeleno artist, Maysha Mohamedi, who wrote her dissertation on him (at Franklin Parrasch/Parrasch Heijnen).

Below, see highlights from Independent (which runs from September 10-12, by timed ticket, with a VIP preview on the 9th; check the website for details). 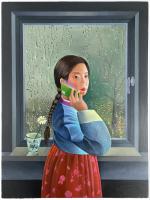 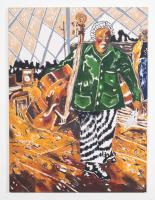 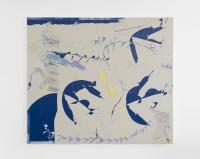